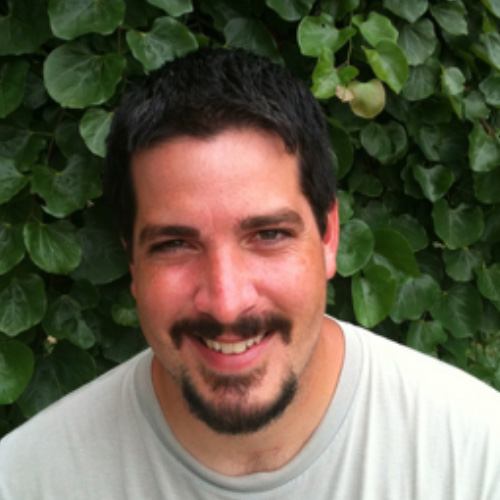 From his childhood years building forts in the woods near his house and catching crayfish in the creek, Jason Veil has enjoyed being outside. He decided to pursue an undergraduate degree in Urban Forestry from Pennsylvania State University but soon realized he wanted to spend his time growing and planting trees rather than harvesting them. After graduation, he accepted a job in the nursery business. Jason gained over a decade of nursery experience before deciding to apply to the Curatorial Graduate Assistantship at UDBG.

In his graduate studies at UDBG, Jason Veil researched the importance of university botanic gardens, including ways to improve plant collections to benefit student learning. In addition to his thesis and course work, Jason was the acting curator at UDBG, teaching assistant for Dr. Frett’s Botany and Plant Materials class, and spearheaded an extensive renovation of the former holly garden at UDBG, now known as the Hydrangea Garden. Jason describes the former holly collection as over-crowded and unsafe, and he saw an opportunity for improvement. In the summer of 2014, Jason and his mentor Dr. Frett removed several of the trees in the collection. Later that fall they planted the area with the help of UD students and a design donated by Bartlett Tree Experts. In addition to many different hydrangeas, the final garden includes a number of shade loving plants such as Virginia sweetspire, ferns, rhododendrons, and camellias.

After graduating, Jason was hired by The Trustees of Reservations, a Massachusetts-based conservation non-profit that manages and protects over 100 properties across the state. Jason was hired to develop eleven of The Trustees properties into public gardens which included creating a collection policy, curatorial program, plant recording system, and overseeing maintenance of the gardens. After about two years of this challenging and rewarding position at The Trustees, Jason was hired as Curator for the Secrest Arboretum.

A 110-acre arboretum in Wooster, Ohio, Secrest Arboretum is a well-established ornamental and research garden affiliated with Ohio State University. In his new position, Jason is working to improve the arboretum’s collection policy and plant records system. He is also developing a display in a renovated lobby space on campus to educate visitors about the different people that make up the horticultural community.