Home » Events & Education » Internships » Where are they now? » Brian Kuntzmann 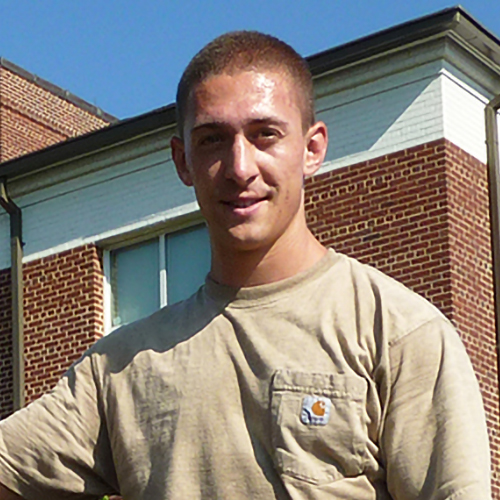 Brian Kuntzmann was introduced to the field of horticulture by his first job at a retail nursery. He was hired at age 15, and continued to work there for five years, developing an appreciation for and knowledge of ornamental plants. Inspired by his job at the nursery, Brian applied to the University of Delaware and began an undergraduate education in Landscape Horticulture. During his undergraduate years at UD, he was hired to work part-time in the University of Delaware Botanic Gardens. Brian’s plant knowledge expanded during his time at UDBG with the help of his boss Dr. Frett, and he particularly enjoyed learning about the woody plants in the gardens. Eventually, he took on more responsibilities and became the supervisor of the summer interns at UDBG. Towards the end of his senior year, Brian attended a lecture at UD by an Environmental Health Peace Corps volunteer which prompted him to join the Peace Corps after graduation.

As a Sustainable Agricultural Systems Volunteer in Panama, Brian provided his community with the connections to obtain resources that could improve their food production. Because he was the first Peace Corps volunteer to serve in this community, Brian found that establishing himself as a knowledgeable resource was challenging, yet rewarding. Along with his agricultural teaching and advocacy, Brian worked in the fields with the Panamanians, learning about their unique methods to growing food. He experienced a completely different climate in the dry tropics of southern Panama with six months of rain alternating with six months of drought, which provided unique agricultural challenges. The cultural exchange, international connections, and fluency in Spanish were some of the most valuable aspects of his volunteer experience in Panama.

After returning to the United States, Brian was hired by Ar Joy Farms LLC, a dairy farm in Cochranville, PA. At the dairy, he works as a farm and feed manager, assisting with the care of about 700 cows. One of his current projects is producing biogas from cow manure to provide energy to run the farm. Brian is passionate about food production and sustainability, and looks forward to a lifetime of work in the agricultural field.

Where are they now?